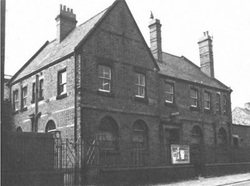 1939 saw the threat of war looming and so Liverpool began preparing for war, gas masks, identity cards and ration books were issued, air raid shelters were erected in the neighbourhood and the children were being evacuated, this created public unease. At the same time tensions were growing within the city particularly due to the amount of support Italy was already giving to Germany so early on. Many of the Italians had never become British Citizens, which made life very desperate for them in the coming months.

The Italians were soon considered the enemy and the government began restricting their movements, over 1,500 Italian civilians living in Britain were considered dangerous characters and were to be arrested immediately in the event of Italy declaring war on Britain. The Italians were under a curfew having to report their every move to the police at Rose Hill station. There was a total ban on community activities and gatherings, even ice cream was forbidden due to a shortage of raw materials and it’s use of luxury ingredients. This soon created a hostile reaction within the Little Italy community resulting in many long established family businesses and homes being destroyed and looted by local mobs.

PUCHE D'ANNUNZIO
My own Great Grandfather Puche D’Annunzio a pensioner at the time with two sons in the Air Force and Royal Navy was to be taken from his home in Clare Street and interned, both his neighbours and Parish Preist of St Joseph’s fought against the decision because of his poor state of health. He was eventually considered too ill to travel by the local authorities and allowed to stayhe Italians were hard working people who had left their beautiful homeland in order to make better lives for their families and were of no threat to anyone they were just Italian. There was a definite fear of invasion and a distinct change in attitude towards the local Italians, some of the families decided to change or anglicise their surnames in order to remain safe in Liverpool. The Italian families, most of whom were second generation, were rounded up in the middle of the night by reluctant local police forces. The Italian families who were interned were taken to a newly built housing estate on Merseyside before either eventually being released or deported. An eight-foot barbed wire fence surrounded the newly built houses, newspapers were not allowed and they remained segregated from their families throughout their time spent there. Some went to the Isle of Man whilst the remainder awaited deportation to Canada. 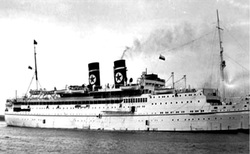 SS ARANDORA STAR
On the 2nd of July 1940 the SS Arandora Star, originally a passenger ship built at Cammell Lairds in 1927, left Liverpool for St Johns Canada with over 500 Italian internees onboard. A German U-boat torpedoed the ship off the coast of Ireland, and within thirty minutes over 477 Italian men were killed.This event became the most tragic in the history of the Anglo-Italian community. No other Italian community in the world had or has ever since suffered so greatly.  The government soon realised grave errors had been made whilst identifying the dangerous Italians residing in Briatain at that time, this resulted in non facist Italians being deported also. The Little Italy community had been torn apart with many Woman and children left unsupported. Despite the nightly raids on Liverpool that totally devastated the Little Italy area it’s residents  spirits provailed. The infamous period which led up to Christmas 1940 became the most demanding, one night in particular the raids lasted for nine hours hundreds of high explosive incendary bombs and parachute mines were to change Liverpool forever. The heavily populated streets around the world famous Scoland Road were raised to the ground and Holy Cross Church fell victim during this horrendous time. After receiving a direct hit fire swept through the beloved building and even with the help of parishioners and preists the  ARP Wardens did all they could to put out the fire but the church was beyond redemption. In the cold light of the following day Liverpool lay in ruins but this was only the start of many unhappy war years to come, however the Liverpool people remained strong spirited and night after night survived the raids in order to rebuild their lives. 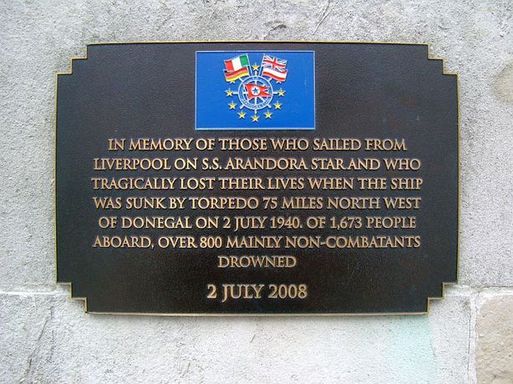 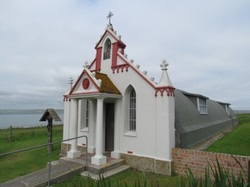 ORKNEY CHAPEL
The Italian Chapel is a highly ornate Catholic chapel on Lamb Holm in Orkney, Scotland. It was built by Italian prisoners of war during World War II, who were housed on the previously uninhabited island while they constructed the Churchill Barriers to the east of Scapa Flow. Only the concrete foundations of the other buildings of the prisoner-of-war camp survive. It was not completed until after the end of the war. During the 1960's some of Liverpool's Italian craftsmen carried out restoration work on the little chaple and it has been a tourist attraction ever since. 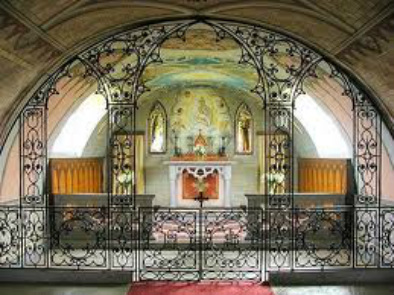