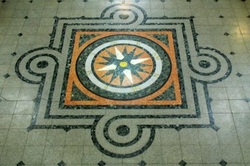 PORT OF LIVERPOOL BUILDING
The quality of their workmanship would have been sought to enhance many of the fine buildings that Liverpool is famous for. It is probably impossible to estimate the number of man-hours involved in ensuring the hand finished work was up to the standard deemed fit to do justice to the men who did this work in these buildings. Their pride in a job well done and the recommendations that followed saw many of these men move from city to city as requests were made upon their skills.
The more obvious signs of their work (still in existence) are perhaps far less than the many examples that have been lost to time and or redevelopment. However thankfully one of Liverpool's most prestigious streets (WILLIAM BROWN street) can still boast wall to wall  mosaic and terrazzo. This was also the reason Little Italy was located arfound the Gerard street area and within walking distance to regular employment . 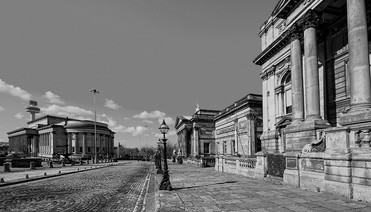 The mosaic work in the Littlewoods building  Church Street was done by Diespeker as was the work in the entrance to Spinney House in Church Street. India Buildings located in Water Street had toilets with  partitions of Terrazzo installed by the firm too , the work was installed piece by piece. Due to their high quality work the firm was constantly in demand and employed nearly all of Liverpool's mosaic men. 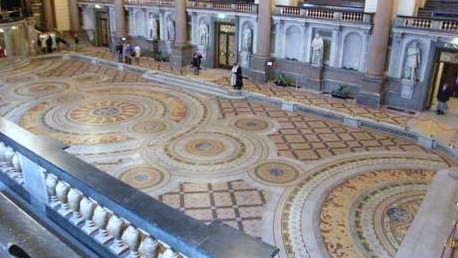 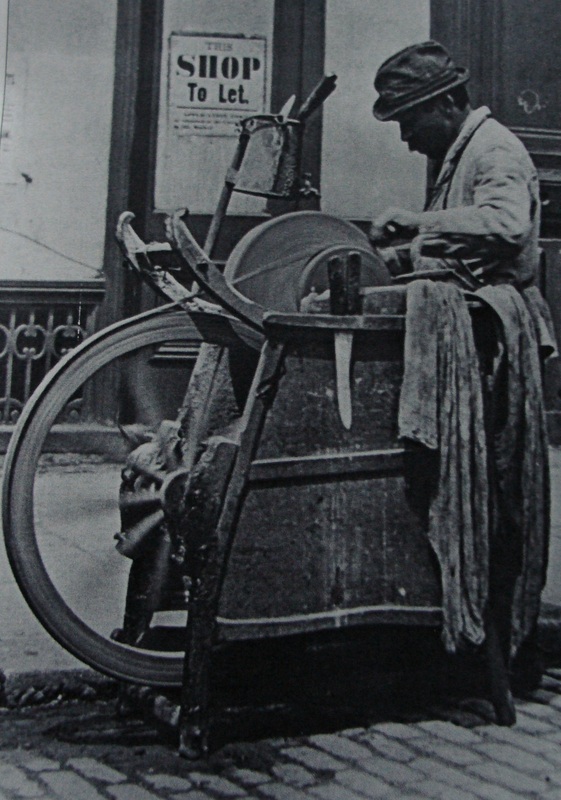 During the 1870's one of the more common occupations amongst the Italian immigrants was knife grinding. The Italians moved from location to location knocking on doors pushing a hand cart whose wheel was then used to sharpen the knives. 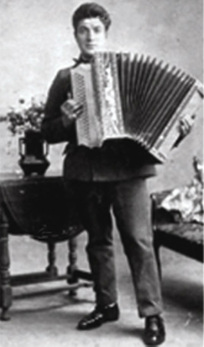 ACCORDION
The Italians brought such character to this part of Liverpool, their music, food and customs brought so much colour to this area. One would only have to walk down the streets to hear a rendition of 'O Sole Mio' or 'Torna de Sorento'. 'O Sole Mio' is a song for those who work by themselves. It tells about the beauty of the day and a tale of homesickness 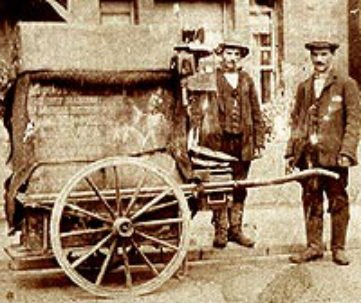 HURDY-GURDY
Little Italy" was well known for its entertainers and especially its street musicians. They played many musical instruments. The 1881 census of England and Wales shows that nearly a third of the immigrants were musicians. They would walk the streets of Liverpool playing their barrel organs and hurdy gurdies, some with monkeys in red waistcoats and hats 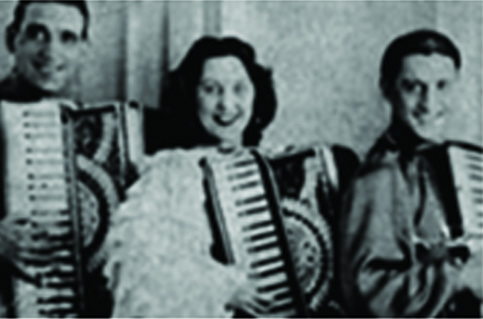